Finally got a chance to give the Fracture Modifier Blender build a try in a real production. The result may not be perfect due to time/budget limitations (as always, duh!), but it was fun to figure out how the whole thing works over night and build something acceptable with it 🙂

Can’t say it’s superstable. I lost the count on how much time it crashed, and with a few hours left till deadline it was really frustrating at times. Also, the huge downside is the lack of UV’s for inner faces of a generated shards. So i had to come up with somewhat clunky workaround using Alembic (which sometimes is a lifesaver).

The amount of settings and parameters though is overwhelming. Putting some effort into it, one can do some really complex stuff with it! 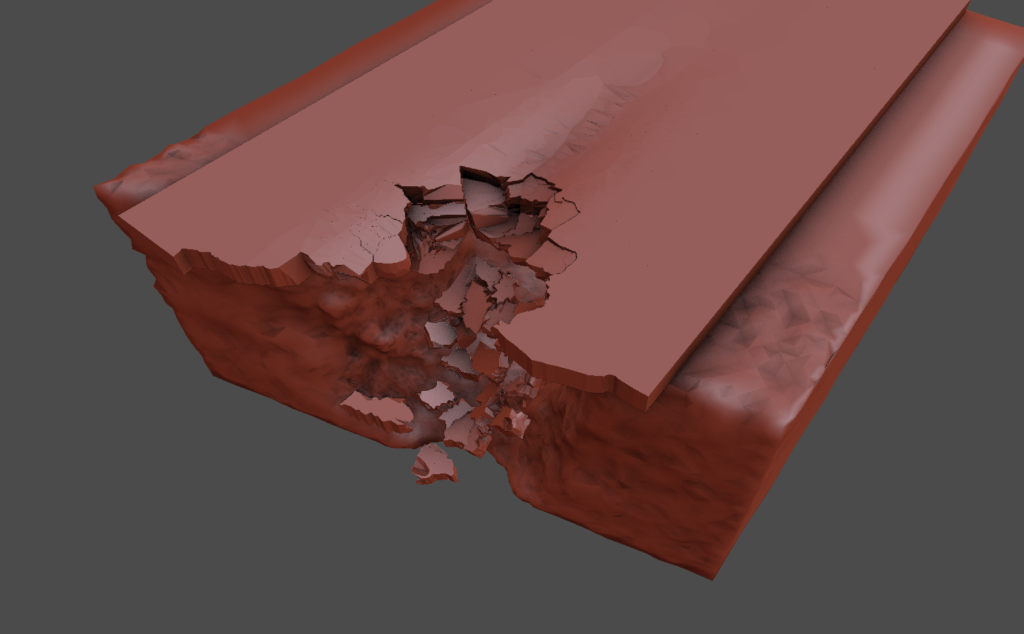 Overall, even in it’s current state, fracture modifier is a huge improvement over current rigid body systems, and it would be nice to finally see it integrated in the official builds